Attack of the high quality young bourbon casks.  All good, then brilliance from the Bladnoch, wine and sherry Glenrothes.
I'm still abandoned by my blog post tooling, which makes it very hard to update this site. 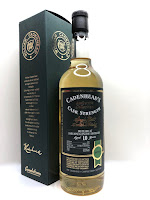 Nose - Bright and estery but creamy and full of floral waxes. The character is deeply fruity and sweet, with fruit polos and rhubarb fool. Leatherette or new carpet with water, and a deep, musky wood.
Body - Very zesty, fizzing - then back to earth with sponge cake and buttercream. A touch of white pepper. Creamier with water.
Finish - Quite hot and peppery, black pepper crisps at the end. Cardboard (just a little) with water. 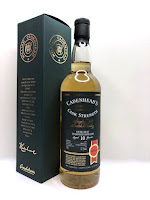 Nose - Warm tangerine peel (drying on the radiator), orange icing on cupcakes. A little man musk, and a sweet, metallic character. Very fruity, and all that orange is making me think of Christmas.
Body - Balanced, and bold, softly spoken fruit and fizzers.
Finish - Long, drying, with fruit toffees and sesame snaps.

More grown up than the Dailuaine, and structural, although a little more austere for it.

Nose - Weird progression this - less fruit again but more wax and some varnish and acrylic tones. Something a little salty and seasidey here including the vanilla and the cone.
Body - Sweet at first then oddly burnt, even a little formic. Burnt caramel and warm red wine?
Finish - Medium and quite thin, but lingering peppery notes with soft toffee on the tip of the tongue.

Delicious and characterful if a little hard and musky in the delivery. That pepperyness is a little off putting. 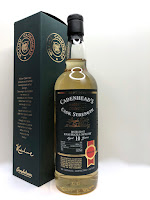 Nose - More sweet, waxed, high quality young bourbon cask. Slightly deeper than the others, still with the same high level of wax and some wine again. Cut Florida oranges and the banana penicillin stuff on top.
Body - Soft and fruited, plenty of cardboard here though, although the Deanston is still peppering my palate. The orange is now candied, or dried, with some French cooked pastry.
Finish - Medium, with barley sugar. But retronasally it has bright, ripe orange.

Another cracking young bourbon cask, but others are better. 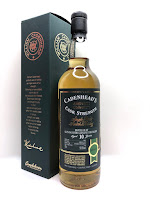 Nose - As above but with powdered coffee, freshly planed oak and candied peel. Maybe a little coconut. The waxes are there but more blended in, with green apple.
Body - burnt wine again, sweet jammy notes and rhubarb and custard sweets.
Finish - Long with liquorice allsorts, jam tarts and cut, blonde oak. Some blue cheese tones at the end (very welcome).

Up with the Dailuaine but again more robust and grown up. Probably the most accomplished of the young ones so far.

Nose - Some lower, deeper perfume in this one - behind all the orange, wax, boiled sweets and wood. Some kind of soil - like under a rock - and a touch of mineral, medicinal cream.
Body - Gentle pepper, more cream, milk tart and a lolly stick.
Finish - Long with ice pops on wood.

An understated but deeply delicious whisky, long on the tip of the tongue and full of oils. 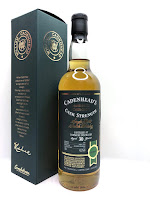 Nose - Deep but bright, with felt, lemon grass, blue cheese and emulsion paints. Anise biscuits and lemon icing. There’s a tropical depth in there too (as there should be) but it needs digging.
Body - Immediately fruity then suddenly pulled back to old school perfume, plywood and talcum powder.
Finish - Long and woodsy, with Fairy liquid, rice paper and dolly mixture. Tannic. 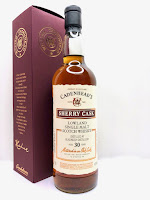 The nose on this is phenomenal; really old school, the kind of thing you’d get on a special distillery tour or as a dream dram at the whisky show. You can even, just about detect the Bladnoch behind the sherry cask. A very special whisky, and not what I was expecting at all. 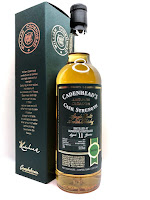 Nose - I saved this until last, knowing what a fruit bomb Benrinnes can be… and it isn’t! Hard, planed oak, old flaking paint, then some kind of fruit fool - I want to say apple yoghurt although that isn’t really a thing.
Body - That’s more like it, creamy depths, slightly powdery/chalky and some petrichor - I suppose medicinally fruited.
Finish - Long with hop bitterness and phenols.

Despite my expectations this was rather good - more spirity and peppery than fruity but interesting and well structured. And it is a lovely nose after all that. 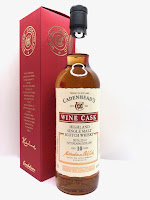 Nose - Dry chocolate sponge (cupcake matter), charred raisins, blackcurrants and coffee icing. Not overdone, not sweet or over wooded, very considered.
Body - Dry and nutty, no sulphur, maybe a touch of iron filings. Lots of tannins.
Finish - Like chewing a used tea bag, in a good way. Long and tannic with black tea and a strand of tobacco on the tongue.

A textbook Cadenhead’s wine cask. Don’t let us run out!