Croftengea is the most heavily peated malt that’s made at Loch Lomond in their special stills with rectifying columns rather than lyne arms that definitely aren’t Lomond stills.  A bit of an oddity, so it was very interesting to see two different single casks released within weeks of each other.

The character of these is very distinctive, a sort of warm, herbal peat, quite intense and along the lines of an Octomore or wine cask Longrow to my taste. 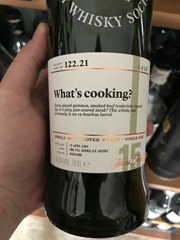 Nose - Rich, off sweet, with clotted cream, leather jacket, warm white wine and Morello cherry jam. There is a weird, warm richness to these Croftengeas which is extremely reassuring.

Finish - Fizzing peat, black pepper with liquorice root at the end. Quite spicy after a few sips.

A wonderfully weird but lovely thing to drink. 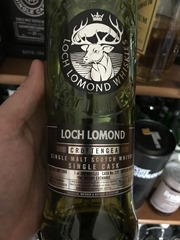 Body - Light and dry, quite dirty and almost struck-match (not that it's sulphury, it's more gunpowder). That dirty feeling was a bit of a turn off when the bottle was fresh open but things have improved over time. Repeated sips accentuate the sugar and fruit over the matches.

Finish - Long and farmyardy, with straw, dung, baked apples (raisins and custard). Lots of liquorice and black pepper at the end.

Spicier and dirtier than the society cask, and fascinating in its own way. Both of these casks are great buys, but the SMWS one I know I will finish first.

Just a note to say that when you mix them together it's a brilliant single malt. Highly recommend you make a 20cl bottle of this!