It’s been a while since I’ve caught up with Kilchoman, I’ve not been seeking out overtly peated whisky much recently, although the impending release of the next 100% Islay bottling (Spring in a bottle) has reminded me to try them again.

These were from the end of last year.  The sweet wine cask Kilchoman’s struggle for balance in my experience, but the club bottling is always a good one. 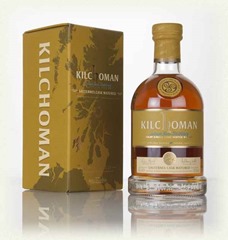 Nose - Kilchoman in "meant to be good young" mode here, with bright, sweet, sharply peated lemon (roasted) and a really rich Sauternes cask backing (I'm minded of Octomore Comus, but a lot less fetid). Ozone, charred lobster shell, caught barley. Quite musky actually (having mentioned the Comus), and a touch of bandage/Germolene. A lot fruitier with water, green apple and peach integrating much better with that lightly fetid peat.

Body - Chalky, mineral, toffee and chocolate brazil nuts. A lot less fruity than the nose suggested although confident and cereal sour with a ripe wax backing. It's young though, which is betrayed more with water.

Finish - Medium, sweet lemons and lipstick with a quite dirty finale.

This is an undeniably tasty whisky, confident and well put together - a good springtime glugger. 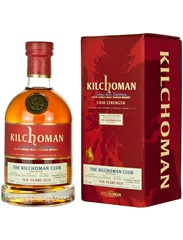 Nose - Obviously more complex than the Sauternes, the age is apparently but not enormously so. More apple, a touch of swimming pool, brighter waxes (a little more lipstick) and lemon curd. Cigars rather than cigarettes, and pink wafer biscuits. 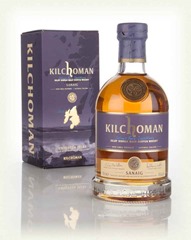 Nose - Royal icing, glacé cherry and garibaldi biscuits. Roast pork and apple sauce, just a little, although having said that this is the cleanest of the three, even leaving traces of aspirin in the sinuses.

Finish - Quite long, with more of those refreshers and icing sugar. A tannic, white wine note at the end, and unexpectedly fruity (fruit salad chews)

Clean and workaday at the front, much more interesting at the back. Very well put together again though, I love that parting rich, slightly funky parting shot.