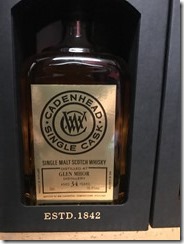 Apparently my order for Belize rum at 00:02 was the first of order into the Cadenhead’s UK website in 2017, which was a bit keen, but then I was last man standing chez Cops by that point… and who else but Stephen Worral puts an outturn live during Hootenanny?

So this outturn isn’t the first of 2017, but it is the first whisky release of 2017.  There’s a lot more coming - 1842+175=2017 and restraint has been repeatedly advised.  There are two Authentic Collection releases coming very soon (“Spring 1” and “Spring  2”) which contain excitements such as a HP 28 in port since 2007, a Bruichladdich 25 in Burgundy since 2011, a Caperdonich and a 40 year old Carsebridge (and a 17 year old Cragganmore in sherry since 2013 which caught my eye).  That’s all before we get all excited about anniversaries and their special bottlings.  We’re aiming to get to the special Cadenhead’s dinner at Campbeltown festival in May too – quite an exciting year!

Anyway the Small Batch outturn goes live this morning and has been for sale since Wednesday really.  The big news was a 34 year old Glen Mhor which was so limited (6 bottles per shop) that it is already long preallocated everywhere.  No samples available for that obviously so I haven’t tasted it.  Nevertheless, there are some cracking whiskies in this outturn.  Surprise highlight for me was the Arran.  Not sure why I was surprised, Cadenhead’s have had some really fantastic old Arrans (that SB one from the year before last I think, single cask small batch, I don’t seem to have notes for it, the full term Fino one in May last year (where’s my notes for these!), and the one at the Campbeltown festival).  Anyway this is 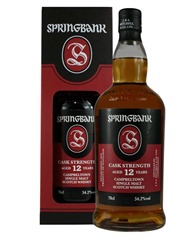 fantastic with intense orange oils.  Honourable mention to the Linkwood for being the most restrained, elegant Linkwood I’ve had in a while but also great structure.  The Glenburgie is a cracker, as is the Tobermory, but the stand out for me was the one I was most excited about, the Glenrothes.  One bourbon cask and one rum cask, 27 years old.  Superb.

Oh – and the next batch (batch 14) of Springbank CS 12 goes live this morning too plus the next Springbank 25.  The 12 (with the 10 and 15 already out) has the new label design which I think is excellent, although it has seriously divided opinion! 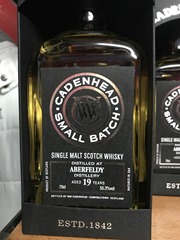 Body - In front of the fruit, it's very dry, quite sharp but chalky again. Harsher with water but riper fruit and a little black pepper.

Finish - Bitter tannins, a little liquorice and finally floral, with echoes of the intense fruit from the nose at the end (orange squash). 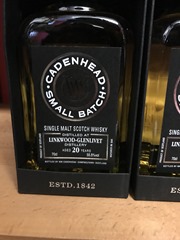 Nose - Lighter oranges here, like marmalade from the fridge, there's an almost marshmallow fluffiness in the nose though, and slightly herbal too (dandelion stalks). That marshmallow is a gentle, foundational sweetness that makes this rather elegant, if quite light. Opens up with water, more fruit, a little menthol.

A really classy whisky. Doesn't leap out at you but it's just delicious with investigation.  Out of the two really “restrained” ones here this is the one to get. 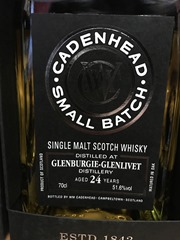 Body - Rich, waxy, quite spicy with roasted lemon shells and a touch of red chilli. Great depth, the wood is so well integrated you don't quite notice its intensity until you look for it. Opens up with water, the structure against the fruit and that cask wax behind it is excellent, and there's a little tobacco too. 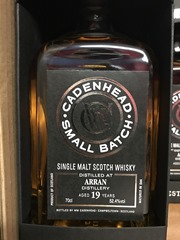 What a fantastic whisky, I'm a real sucker for big orange notes in whisky and this blend of bourbon and sherry casks in Arran is very well judged. Highly recommended 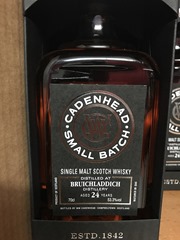 Nose - Vanilla sponge, drizzled with honey. Lightly coastal, with a much waxier feel, although there is a really deep sweetness lurking underneath - apricot jam and butter.

Finish - Medium and full of fruit and vanilla cream. Acidic at the end, like a Sauvignon Blanc, and a touch of numbing tobacco.

A well put together whisky but a bit light and creamy for me. 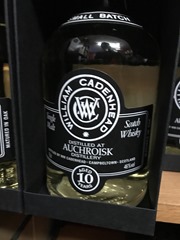 Body - Mainly; floral with simple white malt and big drying tannins, it's basically new make. There are stripes of refill bourbon here and it's not like it's harsh at all (like good new make isn't), but it is very young. Much better with water, with milk chocolate and buttercream icing

Finish - Quite short, very clean, very drying at the end.

A lovely nose on this obviously young whisky, but very easy drinking.  I dunno, maybe I just can’t get my head round diluted whisky in amongst a flight of cask strength stuff? 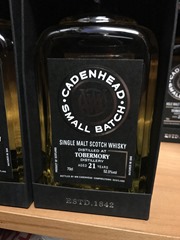 Nose - Leather, granite, ozone and really deep toffee base-loading that balances. With time it really reminds me of a massive old Bordeaux, or perhaps even a Cahors, it has that dirty, earthy edge to it that's so very compelling. Just a hint of alien fruit with water, and a real dunnage note.

Body - Soft but fizzing, with salted caramel, dried mango and really creamy red fruit. It is a deep, swarthy whisky (as many Tobermorys are), and very relaxed with it. Slightly nutty with water, quite a lot of fizzing spice.

Finish - Short but clean, leaving light black pepper and a touch of lemon. Longer with water, with red peppers

Complex and relaxing, this is a proper drammer. I am in love with the nose, but there's too much effervescence and spice in the delivery for this to deliver on everything I wanted. However it's still a really lovely whisky and wouldn't last long if you had an open bottle. 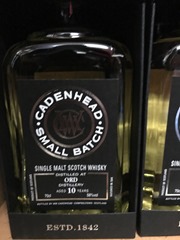 Nose - Young again (hard cereal, candy shells) but with lemon sherbets, white foam sweets and unripe peach. There's a minerality that works well with the lemon and vanilla. Gentler and greener with water.

Body - Rich and mouth-filling, despite its youth, with bright fruit and vanilla cream, more candy, some wax and a touch of apple. Better with water, creamier and fruitier.

A proper young drammer this, honest as the day is long!  Superior spirit than the Auchroisk or just stronger?

1 barrel, 1 ex-rum barrel.  This was the one I was most excited about. 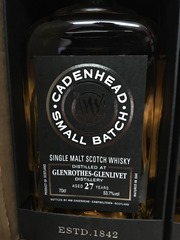 Nose - Rich and ripe, quite the tropical wax bomb (as hoped) with pineapple, lime curd and meringue. Dusty and waxy, like a candle melting on a hot radiator.

Finish - Long and very fruity, sliced banana behind grapefruit and finally sliced lemon. Quite bitter at the very end. With time and water that rum barrel really makes itself felt, not in the kind of minty way that it does with some whisky but with a really fruity funk that's very rummy.

A fascinating and delicious whisky. How long was the second barrel in rum? I would assume it was a kind of long term secondary maturation rather than full term (so 6 or so years like they do with wine casks). It really works well. Highly recommended. 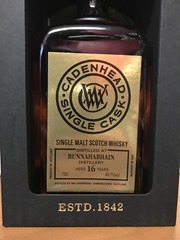 Body - "classic" sherry bomb, but with its sherry punches just pulled - one of the spicier, bitter orange ones, rather than dry and nutty. More black fruit, some coffee and mouth puckering oils with water.

Finish - Long and dry, with more walnut (membrane and a bit of shell) and persistent coffee and black fruits throughout.

Quite a remarkable whisky. Intense, exciting, quite different but little elegance or poise. 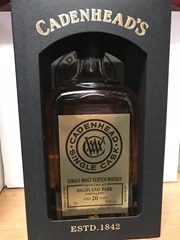 Body - More tobacco, very well placed dry red wine tannins, old leather. The peat is quite Ardmore-y on this, quite strong too. A touch of the cross channel ferry in here (tired, petrol, rubber). More cigars with water.

Finish - Very, very long, with lemon hand soap, creamy vanilla and very long oils to the end. There's a waxy undercurrent in all of this which is very "posh HP" but the peat is so intense that it backs it down the luxury scale a bit.

Good stuff, very well put together but the peat is a bit off character for HP and the integration suffers a little.