Here’s some random bottles I didn’t manage to try at the time and subsequently got hold of – some I ran bottle shares on, some were run by others.  Well, Darren.  Thanks Darren!

When I made these notes, the Glenkinchie was still in stock.  Unfortunately it’s gone now.  Same with the Teaninich but with that one, that’s my fault.  I’m very impressed with the solera blend, it’s fantastic quality for the money and would be a brilliant every day drinker.

Nose - Sweet and volatile, green apples, cheap apple juice and boiled sweets. Very juicy, very relaxing – pretty chilled out in general! Ozone and ice cream at the beach, hand soap and granite. Classic hard grain. Rather lovely with water, softening out the hard spirit and bringing it together with the cream.

Finish - Medium and clean, backs down from cloying but that vanilla cream runs right to the end with rhubarb and custard boiled sweets.

Nose - Practically identical to the 25 year old with perhaps a touch more plastic book covering. Less pleasant (more cloying I guess, more artificial) but only nosed directly side by side. There's very little in it. Slightly better than the 25 with water, although that clotted cream note I couldn't place without water is more pronounced.

Body - More volatile but just as creamy as the 25, a touch more spice. Richer and fuller (closer to a malt) than the 25, tannic apple juice in the late delivery.

There's almost nothing between these two drams and both are excellent grains, perfect summer drinking. Extremely drinkable with water too.

"This blended whisky is matured in a sherry solera system whereby we will only ever bottle half of the batting before topping up the casks. The whisky is bottled at 46% and contains 65% Malt whisky and 35% Grain whisky. Although the bottling will change slightly with each bottling the aim is to retain a solid sherry influence in the blend." 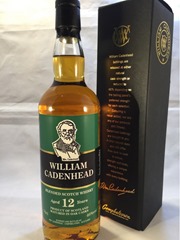 Nose - This has a character that reminds me of the early days of discovering whisky. A sour berry cask led sweetness, waxy with plummy cereal. Young, dusty but delicious refill sherry. For the price, that is pretty impressive.  No hint of grain on the nose… actually with time I'm getting dusty chocolate and much more sherry. I don't know… this smells pretty smashing. A more mature nose with water.

Body - Much more in keeping with its price point. Immediate icing sugar, harder cereals, an obvious sweetness… but underneath a gentle sulphur and fresh, wet wood. Light orchard fruit with water but hardly there. Drowns easily.

Finish - A touch of coffee chocolate, cherry compote. Long with a lasting sweetness, and at the end the grain shows a bit.

Cracking at twice the price. Crushable.  Highly recommended if you want a £33 whisky and want it to be great. 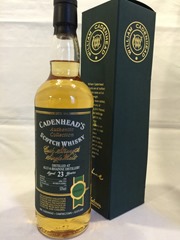 Nose - Sweet but fresh; chilled but very ripe green apple. Perhaps it’s iced apple Danish pastries?  With time, a really quite naughty, funky fecundity (slightly dank, musky and sulphurous, with on-the-turn white flowers). That is a seriously compelling and interesting nose but I fear too much sugar in the delivery…

Body - … narrowly avoided. Fresh, refill bourbon at the front, intense (first fill) sweetness at the back. Tobacco, roasted plum and floral honey. With water, cut orange on the nose, sweeter and more one-dimensional on the delivery.

A conflicted dram. A fantastic nose, just the right side of too sweet initially but tiring after a while. 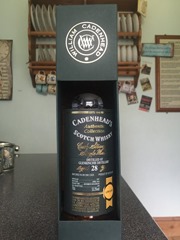 Nose - Gentle, but dusty. Honeycomb and pollen, floor polish and crayons. There's a deep seated sweetness backing this, and with digging a herbal, almost earthy note - perhaps cut flower stalks too. Very distinct jelly babies with time, intensely sweet and fruity. A very classy lowlander, so much variety but not overdoing it.

Just fantastic. Drinks like a 38 year old. Nearly an A⊕⊕. 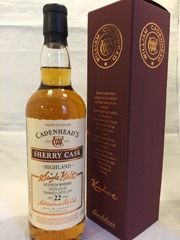 Nose - Cut oranges, dried orange slices, dried flowers (potpourri), a younger wood note (almost bourbon like) with deodorant. It's compelling but a little O.T.T. perhaps. With time and water, you get used to it - there's cherry/almond funk with the orange, and the bourbon is long gone. The empty glass evokes very clearly pata negra pork chops I once BBQed on holiday in Spain, basted with fresh orange juice using a rosemary brush. That alone makes it a keeper.

Finish - Long and intense, toffee, nuts and sulphur back up this beautiful orange liqueur.

If the Amrut Naarangi had tasted like this there would have been a stampede. I just bought the last bottle, sorry.