At Crown Royal they apparently go to amazing lengths to produce very ordinary whisky, if the following is true:

It's important to understand that the resulting smoothness and complexity of a typical Crown Royal whisky involves the distillation of various grains (including corn, rye, wheat and barley), the distillates of which are subsequently aged in an astounding variety of casks. The wood barrels utilized may include ex-Bourbon, ex-Canadian whisky, relatively 'fresh' oak and ex-wine casks. As each particular distillate, when matured in a particular type of oak, will yield a distinctive spirit, it's easy to begin to imagine just how important the role of the blender is.

Maybe that stuff isn’t in regular Crown Royal – I’ve only had the bog standard and now the Northern Harvest Rye.

Of course the Rye won Jim Murray’s whisky bible award this year (which is why I’m tasting it at all, Bret scored a bottle and was kind enough to let me have a sample).  Jim Murray’s integrity is now so thoroughly discredited that even complaining about the Whisky Bible awards jumped the shark this year. I must say it is annoying how he can take whisky you’d like to drink out of your grasp. Fortunately that isn’t the case here! 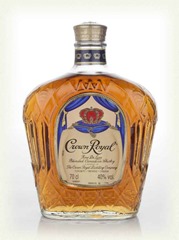 Nose - Gentle sweetness, a little creme patissiere, some Sauternes, and a nice bubble mixture freshness? Quite hard oak though, and a touch of rum. Lots of toffee apple, masculine but gentle and soothing.

Finish - Surprisingly long given how soft the palate is.

A mediocre but inoffensive whisky. 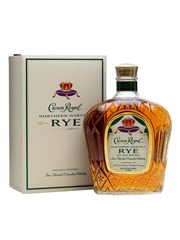 Nose - Sweet, classy and musky. Ripe green apple and its skin, crayons and buttercream icing. Not overly gentle or intense, not particularly interesting, but a good balance of musky cask and juicy fruit, and quite delicious.

Body - Initially quite thin, sour, overly sweet and too simplistic. But then that musk and cask starts to show itself. This whisky is quite unique in that the palate is so ordinary that it actually detracts from whatever it was I was enjoying on the nose.

Finish - Weirdly the finish is a bit more interesting, lots more sweet fruit, cut flower stalks and a touch of oil. Quite short though.

I expected this to be one dimensional, clumsily wooded and overly sweet. But it wasn't overly sweet, and I quite enjoy the nose.