Hanyu distillery was built in 1941 by Isouji Akuto as an addition to the existing business of making sake, and started making single malt whisky in 1980 with the acquisition of two Scottish pot stills.  This was first released in the 1990s as Chichibu.  Hanyu closed in 2000 due to lack of demand.

Ichiro Akuto, grandson of the founder of Hanyu distillery, built Chichibu distillery in 2008 and (owning the remaining stock from Hanyu) has been releasing Hanyu (and other) stock as “Ichiro’s Malt” while waiting for the Chichibu whisky to mature.  These include the card series, which ended with the Joker (a coloured joker was a blend of casks and is tasted below, the monochrome joker was a single cask).  The first new Chichibu came out in 2009, and quite a few have been released.  There’s some good stuff to be had. The old Hanyu stuff is generally epic.

Huge thanks to Marcin Miller for sorting me out with most of the samples here and some elsewhere in this set of posts.  Marcin is basically in charge of Japanese whisky in the UK and most other places.

Nose - Sweet, bright, elegant sherry and ripe orchard fruit. Wham bar and fresh bay leaves. New leatherette. A totally refreshing, bright and delicious nose. Cherry pipe tobacco (apparently I really miss that) and strawberry laces. This is youngish Japanese whisky at its best.  I really am finding it quite hard to put my finger on why this is so good, I might have to fall back on balance and integration.  But it's the breezy freshness of it despite the sherry that's at the root of it. With water, even better - juicy fruit, black jacks and pineapple candy.

Finish - Long but bitter. Falls apart in the late finish - how did that happen? Water delays that fall from grace and presents a lot more sherry, sweetly coated nuts and yoghurt covered raisins.

What's not good about it - the soul falls out of it at the end.

What's good about it - but the nose is so wonderful you're pulled back in for more. And water shores it up quite a lot. A great, will-be-missed bottle.

This was the first release from Ichiro Akuto's Chichibu distillery. 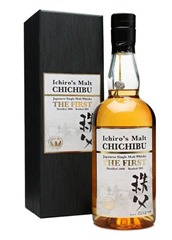 Nose - Deep, dark and brooding. But with travel sweets, tobacco, ice pops and cheap vanilla ice cream. Actually that's unstoppable once you've identified it. Slightly alien but seriously compelling and very delicious. After a while, there's a ghost of Ardbeg in here I'm sure, lots of peat? Even better with water, sweeter with a touch of Springbank and TCP about it. And something from my youth - rolling tobacco, forests and cheap white wine I'd say. And my leather biker jacket, by association.

Finish - Quite long with lots of virgin wood, numbingly tannic and peppery.

What's not good about it - Intense and overly wooded, showing its youth in the delivery.

What's good about it - Bright, confident and excitingly alien. Wonderful wine and sweet wood on the nose, structured and exciting in the delivery. I can see why this caused such excitement. 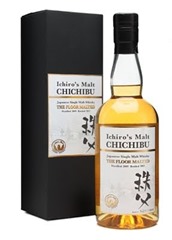 What's not good about it - A little polite perhaps.  Not as interesting in the delivery as on the nose.

What's good about it - A lovely nose, balanced and considered throughout yet it's sweet, vanilla'd and punchy. Not just a drinker either. 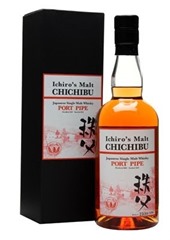 Nose - Deep purple (funky raspberry and boiled sweets), floral and highly perfumed. Essence of sweet oak. Neapolitan ice cream, forest floor and old potpourri. Then some wine underneath that zesty, herbal top coat - the wine is old, red and oaky. The whisky is, however, young and zesty. It's a good combination but the integration is a bit awkward. Water brings better integration to be honest, and there's dirtier wine coming through too, and burnt oak. Grapefruit in the empty glass.

Finish - Tannic, some fried chilli, lots of bitter hardwood. Soft wine alongside this though.

What's not good about it - Lacks a little soul.

What's good about it - But it's a bright, seductive blockbuster. Delicious with water, with plenty of challenging herbal and floral notes to balance out the spicy hardwoods and deep wine.

Chibidaru (Japanese for 'cute casks') are quarter casks that give accelerated maturation through a higher ratio of contact with wood. 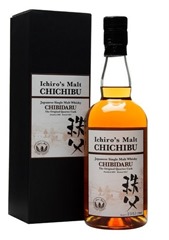 Nose - Redcurrants and marker pens, but very young cereal, malty and meaty and catch in the back in the nose. Toffee, chocolate and some fried rosemary. With water, back into good-but-austere territory. Flinty.

What's not good about it - Surprisingly strict, lots of youthful flaws. One dimensional. Altogether the character of a cheaper whisky. No hint of the immediate super aging of small casks (for example Springbank Rundlets & Kilderkins, or Laphroaig Quarter Cask)

What's good about it - Some nice jewelled fruit in the nose. Meh.

Time to get back to some awesome stuff.  This next one is well known and very, very good. 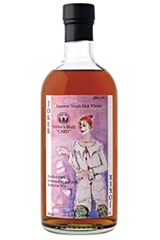 Body - A rollercoaster. Darkly sweet, then bright, then peated, then wooded and herbal. Dusty and alien like an old Bowmore. Then lolly sticks and fags, then refreshers and polos.

Finish - Then juicy, oaken, numbing with peat and then back to enormous fruit juice and tannins. This is enormous. It sounds jumbled but it's not, it's complex and changing. The finish is extraordinarily long, very sweet and toffeed and complex throughout. After (literally, honestly) minutes, it's still a big sherried whisky with balancing peat playing out on the tongue.

What's not good about it - Nothing. Overly complex if you really must pick something – so you probably wouldn’t do much talking while drinking it.

What's good about it - The nose is huge, bright, complex, juicy and balanced with red fruit, sherry and lots of high casks. The delivery is massive, bruising but luxurious, fruit, sulphur, petrol and age in perfect harmony. The finish is perhaps the longest I've ever sampled, and never puts a foot wrong. I bought a bottle of this at the whisky show last year and (looking at auction) always assumed I'd sell it. I'm not sure I will now, I'm beginning to think it's worth even that.

Also, I know you, and I for that matter, wanted this to be over hyped, I'm afraid it isn't. And yes I tasted it at TWS last year and didn't think all this of it, but that's context for you. I just say it how I find it. 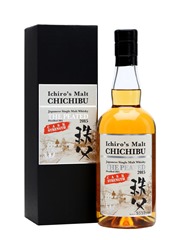 Nose - Lovely. Berries and solvent, marker pens and sweet peat, retronasally quite buttery. Very herbal too, almost a garlic bread richness in here behind that toppy solvent. With water it's even better; lemon juice, sage, tarragon, and beautifully, brightly savoury peated. Herbal and earthy and buttery and rich and bright and well peated - so far this is like one of the great committee Ardbegs - damn this had better deliver.

Body - Yes this is like a big old Ardbeg from a few years ago - more buttery though, there's some serious diacetyl come through in the spirit or something. New plum and ripe apple. Thick, intense and chewy, but much less of a bruiser.

Finish - And seriously rich and tasty in the finish. Long but resolutely savoury throughout. I guess those committee Ardbegs and this have youth, a desire to be the best and impress and great, small scale cask mentality in common.

What's not good about it - it's quite brash. And I will have to ignore the fact that it's £100 for a 4yo. There's some jarring bitterness in the mid-palate.

What's good about it - but the nose is just sublime, musky and fruity but savoury and very complex and balanced. There's wood and spice in the delivery that belies its tender years and the whole thing is just fabulous. Worth every penny.

That one is still available to buy, and I would go for it while you still can.  But let’s end on an even higher note!

This is another one from Bret’s collection.  It’s a blend of Hanyu and apparently legendary Kawasaki which was released for Isetan department store in Tokyo and contains 12, 21, 30, 32 and 35 year old components.  By all accounts it’s pretty special.  Kawasaki was a grain distillery owned by the Mercian corporation (who also owned Karuizawa).  Mercian was bought by Kirin and as a result of a shift in focus away from whisky and the state of the market, both Kawasaki and Karuizawa were closed.  Ichiro Akuto bought the remaining stock of Kawasaki and Karuizawa (and inherited the Hanyu stock) and so blends like this exist!

Finish - Long, winey and epically tannic spices and lots of wood. Phenomenally satisfying. Tobacco tannins at the end.What's not good about it - unattainable.

What's good about it - A symphony of Japanese perfection. Wood and red fruit, beautiful balance between tobacco and melon (that was unexpected). Amazing.

Last up is Mars and some other stuff.  Cheers!