The One British Blended Whisky

The Lakes Distillery in Cumbria has only just received its license and has yet to start distilling gin, vodka and single malt.  In the meantime, they’ve rather cleverly released a blended whisky from “The British Isles” which gives them something to do and say at tastings and puts the brand into people’s heads while they gear up for selling gin and vodka and start laying down whisky for future release.  Note that Scotland is (at the time of writing at least!) part of the United Kingdom and the British Isles, and Cumbria is practically in Scotland, and so I suspect this whisky is more Scotch than English!

The One, British Blended Whisky, Lakes Distillery, 40% A 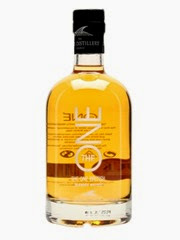 Finish - Quite long but always gentle, pear drops, light peat develops.  Pleasingly oily for a 40% whisky.  No need for water.

What’s not good about it - Lacks intensity

A fantastic bit of marketing to release something worth talking about to the whisky world while we wait - and I’m so glad it’s good!

Thanks to Lakes Distillery for the sample.