Caperdonich has had a dodgy past – opened to extend Glen Grant and deal with a whisky boom in 1897, it closed four years later.  It opened again in 1965 and, after a few changes of hands was closed and demolished in 2002.  But the legacy of distilleries lives on in the many casks that have been put up for future use (remember Tomatin has 180,000 casks sleeping in its warehouses at the moment).

Here’s a pair of 17 year old Caperdonichs, both distilled in 1995 – one from Abbey Whisky, an online retailer, and another from Whisky Broker, some kind of Robin Hood figure who buys interesting casks and sells them on bottled, or otherwise, for a reasonable profit.  Who nobody seems to have heard of and whose whiskies remain freely available for some time despite their rarity and excellence*!  Go figure. 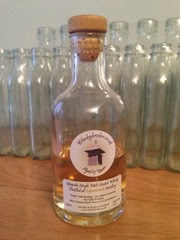 Finish – Oily, quite long, spice and wood begin to build.  Long, hot finish, then some fizzing – very good.  My lips have gone numb.

What's not good about it:  While everything is good on paper here, this (again, for WB) lacks concentration on the palate somehow.  Perhaps its the minimal filtering or something to do with the lack of processing.  I love drinking this, but the nose promises a bit more than the palate delivers.

I suppose you could call this the sister cask to the previous bottling, although bottled in 2013 rather than 2012.  Maybe its the leftovers from the same cask and has spend another 6 months in oak – nobody has any reason to tell me!  Its definitely better though.  Only 96 bottles were released and its still available.  Thanks to Q for the sample. 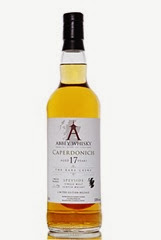 Finish – Medium long, with fiery chill and some numbing wood spice.  Peppery with some fireball jawbreakers showing up in a weirdly refreshing way.

What's not good about it:  Lack of elegance, a bit unbalanced.  The whisky broker dram fixes these problems, yet I’m still more impressed with this.